What happens if my loved one died in a Workplace Accident? 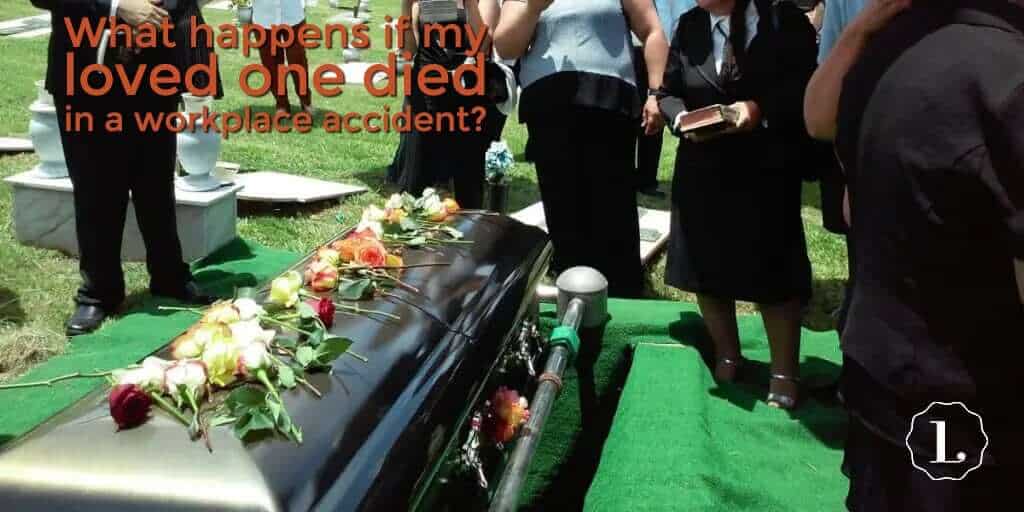 While much of the focus in workers’ compensation is on the worker who is injured, the sad truth is that workplace accidents sometimes result in someone’s death.

In 2019, the most recent year for which there is data, OSHA reports more than 5,300 workplace deaths.

If you know someone who has died as the result of a work-related accident, their family is entitled to compensation.

In all states, workers’ compensation pays at least a portion of the funeral expenses for workers who died as a result of work-related injuries.

The amount the family is entitled to under this coverage varies based on the state, but it can range anywhere from a few thousand dollars to more than $10,000. This amount typically is enough to at least cover part of the funeral expenses, a help to a grieving family.

In addition, workers’ compensation usually covers medical treatment the worker received prior to their death.

Bills paid by this type of coverage include any ambulance or transportation to the hospital, doctor examinations, diagnostic tests, or surgery. The workers’ comp insurance may review those bills to ensure that the treatment the worker received was necessary and related to the injury or illness.

What about death benefits?

The family of a deceased worker also is entitled to a certain amount of death benefits.

Eligibility for these benefits varies from state to state, often covering the most closely related individuals – spouses, children, or other close relatives – who lived with and depended upon the deceased’s income for living expenses.

In most cases, spouses and children under 18 qualify as dependents. Older children with certain physical or mental disabilities that make them unable to earn a living on their own also typically qualify for death benefits.

Several states even extend eligibility to children over 18 who are enrolled in educational or vocational programs.

Death benefits are usually calculated based on the individual’s salary at the time of their accident, with certain maximums applied.

Some states pay more in death benefits as the number of dependents increases, while other states pay the same amount of money regardless of how many dependents the individual had.

How long are death benefits paid?

The amount of time dependents receive death benefits depends on whether or not payments are made in lump sums.

If you live in a state that offers lump-sum payments, you will receive an amount based on the deceased’s expected wages for a period of time, often two years.

In states where death benefits are paid weekly or in regular installments, these payments may continue for longer depending on certain conditions.

Spousal payments, for example, may continue until the spouse remarries or dies. Children usually receive death benefits until they turn 18 or, in some cases, until they complete post-secondary education or vocational training.

Some states, however, only pay death benefits up to a maximum dollar amount, regardless of whether the surviving spouse remarries or the children’s ages.

If you’ve lost a loved one as the result of a workplace injury or illness, you have a limited amount of time to file for death benefits. Get the compensation you deserve in your time of need – Schedule your consultation at Lopez Law Firm today!